Since Jayce was born, and actually while I was pregnant too I think, I have called him My Mr Man. Often with another word inbetween depending what his doing. Eg. My Mr Hungry Man, My Mr Tried Man etc. etc.
Hence I have decided to start scrapping a 'My Mr Man' series, photos of Jayce I like that make him look a certain way.
First cab of the rank is: 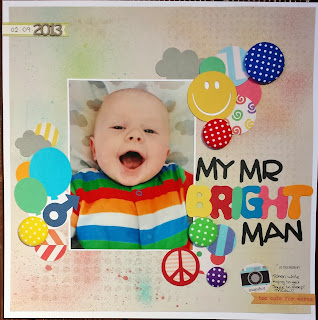 I went to an afternoon crop the other day for only the second time ever. It was good to sit there (well stand actually, I usually end up standing while scraping) and scrap uninterrupted. More often then not a page takes me a few days (if not longer) due to caring for children, housework etc.
I completed one complete page at this crop and wanted to fit another in too. 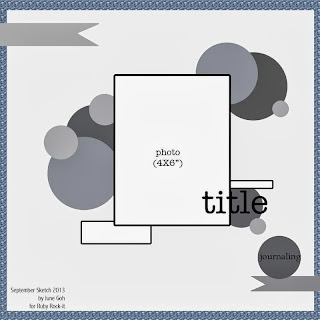 I had seen this sketch from Ruby Rock-It, so I grabbed all of the papers I had from them and before I knew it, I had completed two complete pages!
The page come together quickly, rather then thinking, moving, thinking, rearranging, thinking, I just sprayed and stuck. 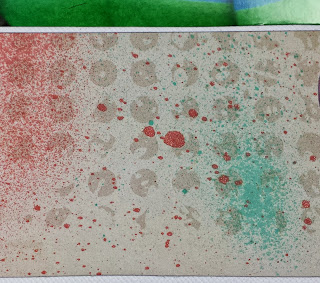 The page began with the Aracdia paper and I sprayed tattered angles mists in colours matching the photo. 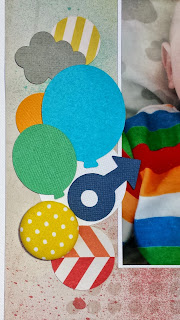 Next out came the circle punches. I punched a bunch of them in all sizes from different papers in the Cranival ranges. 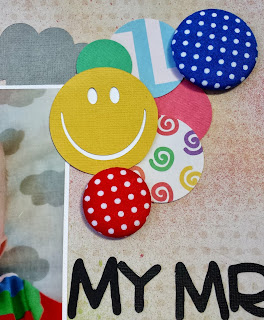 I had been thinking about the 'My Mr Man' series since my trip back home and hence had the those three words pre-cut (multiple times) from the cricut. Along with a few other little bits a pieces used here, the smiley face, clouds and balloons. 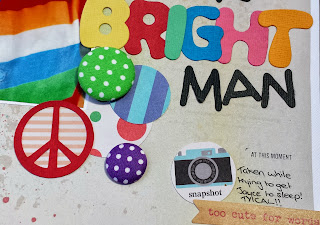 While packing up at the scrap I came across the PP fabric buttons and with a bit of glue my page was done.
Thanks for popping by.
XoXoX Nicole. 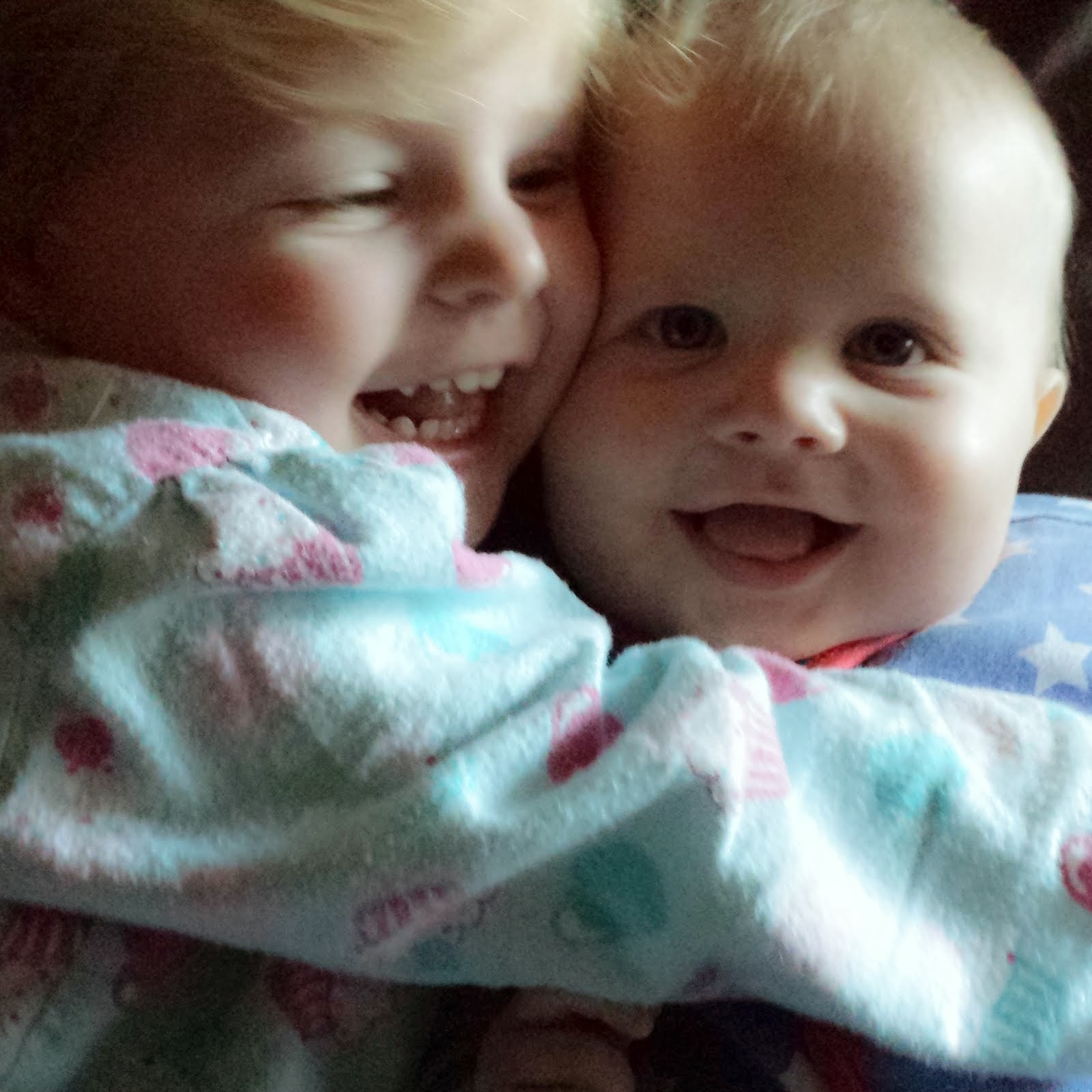